Phone Conversations Are Now Clear for Both Parties

“I also find this to greatly help with TV listening.”

♦ We love hearing back from our customers about their experiences with our products. Of course, it is always wonderful to learn that your efforts have led to an improved quality of life for someone, but constructive feedback about how to improve our products is also welcome!

Neil Nedrow is a relatively new customer who shared his thoughts with us by completing our customer survey, and then adding comments in e-mail correspondence.

“In the past, I’ve had trouble understanding people in phone conversations. But BeHear Now has completely eliminated that problem. And everyone has been able to hear me clearly. This is something I highly value. It works excellently. I also find this to greatly help with TV listening. I use the transmitter with headphones and the comprehension is quite good.”

We’d really like to hear from you as well! If you are a customer, please complete our feedback form here, or write to us at info@WearAndHear.com.

Before Hearing Aids Try a Hearable

“Even when I was facing the computer instead of her, she could hear me!”

♦ Although Lori Cunningham, an editor at the WellConnectedMom.com Web site, doesn’t have hearing loss, her mother-in-law does.

Lori decided to review the BeHear NOW personalizable hearing amplifier, testing this “hearable” out on her mother-in-law.

Lori reports “I wasn’t sure if the BeHear NOW hearable would work with my mother-in-law. She already has hearing aids and yet we still struggle in our attempts for her to hear us.”

“As BeHear NOW is designed for those with mild-to-moderate hearing, I had my doubts. But I thought, if perhaps this hearable could work, it would be a blessing for both her and my family!”

I’ll never forget the day I put BeHear NOW in her ears. She immediately liked them. She could hear me clearly and the headset was so comfortable in her ears. – Lori Cunningham, Editor at WellConnectedMom.com

“Even when I was facing the computer instead of her, she could hear me! It was truly amazing.

And with the convenience factor built into BeHear NOW, she can wear the headset around her neck to have the earpieces close by.

If she’s at home, she doesn’t need them in her ears, but she can easily tuck the earpieces in her hears when the phone rings or when she goes outside and sees her neighbors.

It’s a convenience she’s never had before because she doesn’t do this with her $4,000 hearing aids that most often sit in their case.

Her hearing aids are uncomfortable, so she doesn’t wear them much. And sometimes, she’ll only wear one.”

“I can honestly say it exceeds all my expectations.” 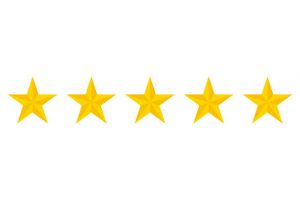 ♦ The following are excerpts from a review posted by a customer on Amazon:

“I’m 90 years old and completely deaf in my right ear. My hearing loss in my left ear is rated as ‘moderate’ in the low frequency range and ‘severe’ in the higher frequencies, not unusual for a person my age.

When my 3-year-old Resound Hearing Aid stopped working I decided to search for a lower cost alternative. After many hours of research I zeroed in on the ‘BeHear Now’ device. Attracted by its reviews and apparent versatility, I ordered it through Amazon and received it 24 hours later.

‘BeHear Now’ is a viable and functional alternative to conventional $3000-$7000 hearing aids. It certainly is for me. – Ed Cornachio, Satisfied Customer

I read through the manual and watched each of the online tutorials. That was five days ago. Now I can honestly say it exceeds all my expectations.

I strongly recommend, however, that you download the W&H BeHear app and pair it with your cell phone via Bluetooth. The app allows for individual customization, adaptable to your specific hearing problem. For me, the app is more than just a convenient accessory. It’s a necessary addition to adapting to environmental differences.”

How can I check the battery level?

There are two ways to check the battery level:

How long will the BeHear NOW battery last?

The Bluetooth connection keeps cutting out.

How do I know my headset is up-to-date?

No sound is coming from the headset.

Tags: battery, sound
Back to Top